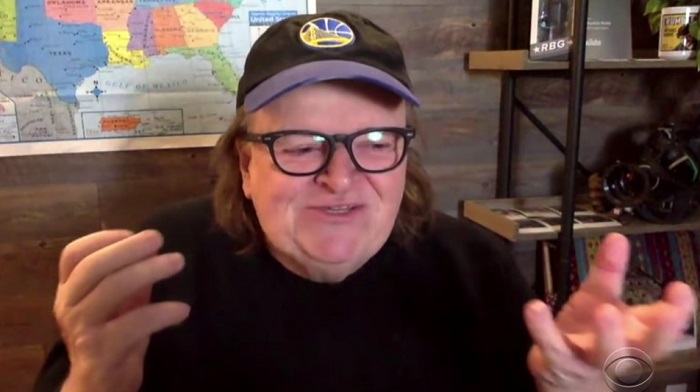 Left-wing filmmaker Michael Moore penned a fictitious version of a ’28th Amendment’ that he believes could serve as a means to repeal and replace the Second Amendment right to bear arms.

The proposal should be, in his mind, submitted to Congress on Monday, July 11th.

“The inalienable right of a free people to be kept safe from gun violence and the fear thereof must not be infringed and shall be protected by the Congress and the States,” the first section of the proposed amendment reads.

“This Amendment thus repeals and replaces the Second Amendment.”

Moore goes on to propose a mandatory registration system for purchasing firearms for just a few purposes – hunting, target shooting, and “for the few who can demonstrate a special need for personal protection.”

My version of a new amendment to the U.S. Constitution that would repeal and replace the 2nd Amendment:

RELATED: Michael Moore Calls For Trump’s Imprisonment: ‘We Are Not Done With Him’

Michael Moore has long been a proponent of repealing and replacing the Second Amendment, but this latest effort seems to suggest he believes he’ll actually be taken more seriously.

I got exactly this far before realizing I’m dead serious that he’s never read a single Amendment. Not one. pic.twitter.com/wFVaztlYTE

Michael Moore’s super-serious 28th Amendment threatens that gun owners will have 30 days to “turn in their firearms for destruction by local law enforcement.”

His proposal doesn’t suggest how such a move would be enforced.

This is really, really stupid. His vision for an amendment allows for abuse that would effectively remove all limitation from the federal government.

He’s even got a special carve out for thought crime. https://t.co/rXXSiSpr3q

RELATED: Michael Moore Urges Resistance to ‘Get Off the Couch,’ ‘Put Our Bodies on the Line’

Moore initially gained fame for his liberal documentary films – such as the film Bowling For Columbine, which criticized the gun culture in America.

The National Review in 2003 labeled the film a “mockumentary” that derives success from an audience that doesn’t realize “that the joke is on them for seeing danger where none exists.”

Such non-existent threats are a pattern for Moore who has often compared former President Trump to Hitler.

In the documentary Fahrenheit 11/9, text of Trump’s own words are superimposed over videos of Hitler’s rallies, while a historian talks about the rise of strong men to positions of power.

Hollywood legend Clint Eastwood, director of the film American Sniper, once addressed rumors that he threatened to kill Moore if he ever came to his house with a camera.

“Everyone keeps saying I threatened to kill Michael Moore. That’s not true,” Eastwood said before chuckling and adding: “It isn’t a bad idea.”

All in all, Michael Moore’s ’28th Amendment’ to abolish the Second Amendment isn’t even a new idea. He proposed the same thing in 2017 in a nearly identical Facebook post.

The Amendment proposal he made back then similarly addressed a “respect to the primary right of all people to be free from gun violence, this shall not be infringed.”

In a July 4th blog post, Moore renounced his American citizenship until Roe v. Wade is reinstated and “every single Republican is removed from office.”

Watch: Pete Buttigieg Defends Husband for Mocking Brett Kavanaugh After He Was Forced by Protesters to Flee Restaurant