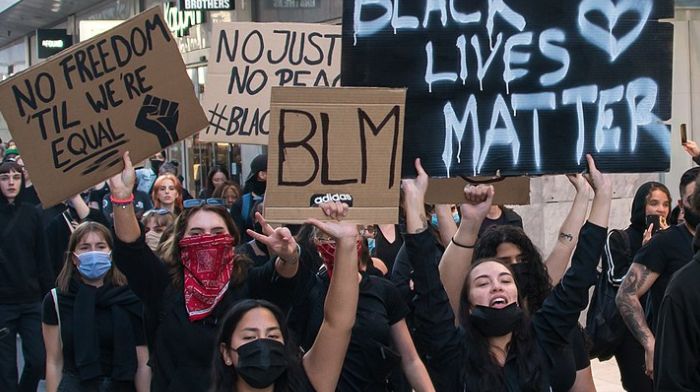 By Adam Andrzejewski for RealClearPolicy

Black Lives Matter, an organization whose leaders encouraged its supporters to riot and loot small businesses, received $30,000 from the Small Business Administration in 2020.

When the riots and looting occurred around the country after George Floyd’s police custody death, a Black Lives Matter leader in Chicago defended the looting as “reparations.”

In August 2020, as shops were devastated, Ariel Atkins said, “That is reparations. Anything they want to take, take it because these businesses have insurance. They’re going to get their money back. My people aren’t getting anything.”

The New York Post highlighted a small convenience store that was looted twice in 40 days in Chicago and may have to close for good.

Atkins doubled down and said that calling someone a “criminal” is a form of racism, the New York Post reported.

“The whole idea of criminality is based on racism anyway,” she told NPR station WBEZ. “Because criminality is punishing people for things that they have needed to do to survive or just the way that society has affected them with white supremacist BS.”

That’s as at least 13 police were injured and 100 people arrested in violent clashes during a BLM march in Chicago in August.

So why did Black Lives Matter receive $19,000 in grants from the SBA and $11,300 in forgivable SBA loans in 2020 as its leaders were encouraging its supporters to destroy small businesses?

BLM said the property was purchased to serve as a meeting venue and campus but Cullors later admitted to using it to host personal parties.

An organization whose leaders encourage its members to commit crimes should never be eligible for federal funds.

RELATED: BLM Defends Purchase of $6 Million Mansion But DOES Apologize For ‘Stress’ Caused By People Finding Out About It

The #WasteOfTheDay is brought to you by the forensic auditors at OpenTheBooks.com