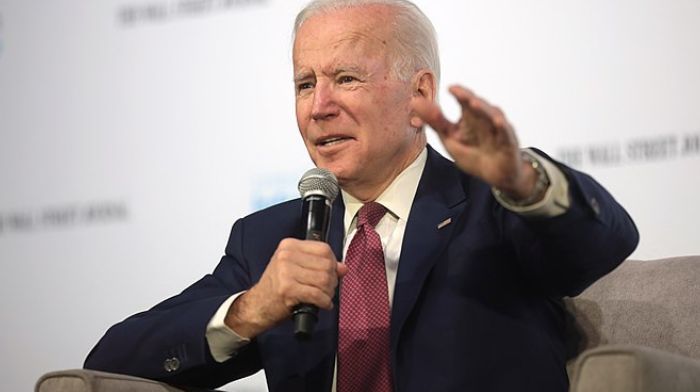 By Philip Wegmann for RealClearPolitics

President Biden made sure to emphasize that the action he was about to take was extraordinary.

In late March, as the price of gasoline spiked, his administration threw open the spigot of the National Strategic Petroleum Reserve and began releasing a million barrels a day to, in the president’s telling, “provide a historic amount of supply” until domestic production could ramp back up.

But some of that historic supply meant to ease domestic pain, per new reports, ended up overseas. According to Reuters, as gasoline and diesel prices hit record highs last month, more than 5 million barrels flowed from the petroleum reserve to markets in Europe and Asia.

That news seemed to catch White House press secretary Karine Jean-Pierre off-guard Tuesday. “I have not seen that report,” she replied when RealClearPolitics asked about the Reuters story, “so I would honestly have to go look into it and see what the truth is in that statement that you just laid out and see exactly what’s happening.”

The White House regularly points to their emergency use of the petroleum reserve as evidence they are “supporting American consumers” in the face of “Putin’s price hike.” And it may be working. As Patrick De Haan of the gas price analysis firm Gas Buddy noted on Twitter, the 2.8 cent price drop per gallon in the national average that occurred Wednesday represents “the second largest single day drop” in the last decade.

The administration welcomed that news and remains cautiously optimistic. Asked if the country had turned the corner on pain at the pump, Jean-Pierre told reporters that while more work needed to be done, the falling prices were a welcome part of “a cool down period.”

And the president’s National Economic Council director was eager to see Biden get the credit. “The release of oil from the Strategic Petroleum Reserve sounds esoteric to people,” Brian Deese told Bloomberg News Thursday morning, “but oil market analysts will say it was single-handedly responsible for keeping oil prices from going higher.”

They were less eager to shoulder any responsibility for some of that supply heading overseas. A spokesperson for the Department of Energy told RCP that energy markets are international in nature and they couldn’t dictate the moves the oil and gas industry makes.

“Oil is a commodity traded on the global market, and while the United States government does not control oil and gas companies, the commodity the industry sells or the market, the SPR remains a critical energy security tool to address global crude oil supply disruptions,” the spokesperson said in a statement, adding that the emergency release from the strategic reserve had helped “keep our economy running and mitigate the pain Putin is causing at the pump.”

Domestic oil and gas companies, the spokesperson continued, “are eligible for sales and exchanges from the SPR and have benefited from the releases to date.” So have foreign companies, according to Reuters and the Department of Energy’s own press releases.

RELATED: Soaring Global Coal Use Is Obliterating Emission Reductions Achieved In The U.S. Since 2005

Reuters reported that crude oil from the strategic petroleum reserve was headed to India and the Netherlands – as well as China. According to an April press release from the U.S. Department of Energy, a contract to buy nearly 1 million barrels was awarded to Unipec America, Inc., the trading arm of the state-owned China Petrochemical Corporation, commonly known as Sinopec.

As the conservative Washington Free Beacon recently noted, Hunter Biden, the president’s son, has previously had ties to Sinopec. A private equity firm he co-founded, Bohai Harvest RST, purchased a $1.7 billion stake in Sinopec Marketing in 2014.

For months, Republicans have been making hay of high gas prices at Biden’s expense. News that oil meant for domestic markets was going overseas was too good to pass up. “Wondering why you paid $5 per gallon for gas this weekend?” former Vice President Pence tweeted. “While Joe Biden was planning his trip to Saudi Arabia to beg for foreign oil, his administration was shipping off precious US oil reserves to other countries.”

In the face of such criticism, administration officials continued to insist that they can’t control what private companies do, and the oil that went overseas appears to be a small fraction of the total released from the national reserve thus far. Some conservatives conceded the point – at least in part. “Once oil is released from the Strategic Petroleum Reserves, current U.S. law allows for companies that are registered to purchase it to then sell it on the market, including to adversaries like China,” said Heritage Foundation energy analyst Jack Spencer.

All the same, Spencer told RCP, “Americans are absolutely justified in asking why these valuable reserves, ostensibly for use in U.S. national emergencies or to advance U.S. national security interests, are going to unfriendly countries.” The fundamental problem, as conservatives like Spencer see it, is “Biden’s war on domestic energy production.”

“Releasing oil from the SPR does not address the fundamental supply problems caused by Biden’s policies, and the market knows it. Similar to other gimmicks like suspension of the gas tax, it will have no sustainable market impact,” he concluded.