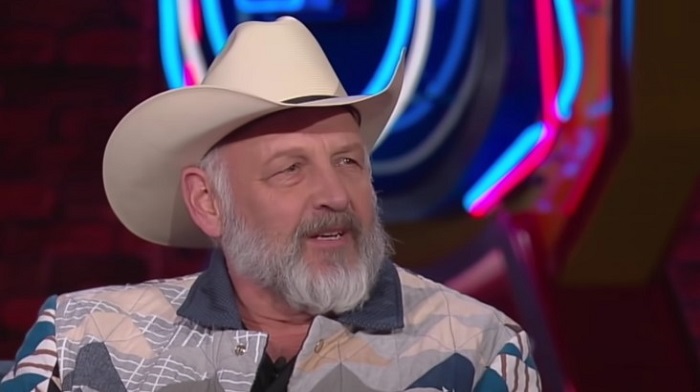 Actor Nick Searcy blamed open border policies for the alleged rape of a 10-year-old Ohio girl by an illegal immigrant, though he noted how Republicans are somehow the target of ire regarding the case.

The reprehensible case has been promoted by Democrats – including Biden – as proof of the alleged travesty that overturning Roe v. Wade has become.

The story, first published in the Indianapolis Star, described a 10-year-old rape victim who was forced to cross state lines to get a life-saving abortion.

“She was forced to have to travel out of the state to Indiana to seek to terminate the pregnancy and maybe save her life,” Biden said in remarks at the White House.

Ohio’s statewide ban on abortions after six weeks of pregnancy kicked in within hours of the Supreme Court ruling on Roe v. Wade. The ban offers no carveout for rape cases and authorities only learned of the victim’s status shortly after the 6-week timeframe.

Notably absent from Biden’s story and the media’s reports were any details about the heinous crime – particularly involving the assailant. Perhaps now we know why.

NEW: Per ICE source, Gerson Fuentes, the man charged with raping & impregnating a 10-year-old girl in Ohio, is a Guatemalan national in the U.S. illegally & ICE has placed a detainer on him with local law enforcement. The victim later traveled to Indiana for an abortion. @FoxNews pic.twitter.com/NWftShZejw

The Columbus Dispatch on Wednesday reported that 27-year-old Gerson Fuentes had been arrested and “charged with impregnating a 10-year-old Ohio girl” after admitting to police that he had assaulted her on “multiple occasions.”

His arrest confirms a tragic story that some had felt was sketchy in detail.

Fox News Digital revealed one new detail that likely won’t be the focus of the terrible abortion story – the fact that Fuentes is an illegal immigrant from Guatemala.

An Immigration and Customs Enforcement (ICE) source told Fox that “Fuentes is a Guatemalan national in the country illegally and that ICE has placed a detainer on” him.

NOW WE KNOW WHY THE MEDIA WAS COVERING FOR THE OHIO CHILD RAPIST! HE’S AN ILLEGAL ALIEN!https://t.co/091Bhuth8S

It will be interesting to see how the media covers the story of the 10-year-old Ohio girl going forward.

Will they continue to promote it as evidence of their pro-abortion stance, despite it being an extraordinarily rare case with newly enacted state laws after the Supreme Court ruling?

Or suppress it now that it involves an illegal immigrant?

‘Justified’ actor Nick Searcy swiftly pointed out the hypocrisy in ignoring a major aspect of the crime.

“Hey y’all, an illegal alien who [Joe Biden] and the Democrats opened the border for, raped a child and got her pregnant, and that’s all the Republicans’ fault,” he tweeted. “Got it?”

Hey y’all, an illegal alien who @joebiden and the Democrats opened the border for raped a child and got her pregnant, and that’s all the Republicans fault.

Biden wasn’t the President, but he was the Vice President, under Barack Obama. It will be interesting to see if the media paints then-VP Biden as powerless and not at all responsible for the administration’s immigration policies.

And Biden is now the President, who is in charge of law enforcement when it comes to illegal immigration.

To be fair, blame is deserved for both parties, who have failed to meaningfully secure our border for decades.

He also blames Biden’s border policies —when the suspect has been living in the United States for seven years. https://t.co/uH3yMnTUAi

Blame is Being Focused in the Wrong Area

Nick Searcy has long been a proponent of border security, lending his voice to narrate a 2014 documentary titled, “Border States of America.”

The Hollywood conservative, in a statement on the film, chided Democrats for their open border policies which have only grown exponentially worse under the Biden administration.

“Every American who locks the house at night should care about this,” he said. “The rest of you should keep your house open. Somebody might need something.”

The picture of the 5’3” illegal alien who raped a 10 year old girl in Ohio… Rep. Tim Ryan supported bills that would have given him citizenship pic.twitter.com/EpaLkUskvg

Gerson Fuentes, the illegal immigrant who allegedly raped a 10-year-old Ohio girl on multiple occasions, was arraigned in a Columbus courthouse Wednesday.

He has been charged with felony first-degree rape of a child under 13 and had bail set at $2 million.

Fuentes is set to appear in court for a preliminary hearing on July 22.