VIDEO Flashback: Elizabeth Warren To Dad Who Wants Refund After Paying Off Student Loan – ‘Of Course Not’ 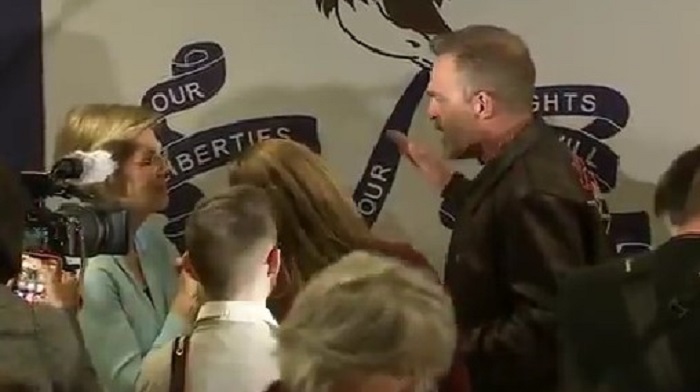 Following word of President Biden’s massive student loan bailout, a video from 2020 has resurfaced showing Senator Elizabeth Warren dismissing the concerns of a father who wants to know if he’ll get his money back after responsibly paying off his daughter’s loans.

In the clip, the irate dad rips into Warren (D-MA) over a similar policy she was proposing as a presidential candidate at the time, noting how he worked two jobs to pay for his daughter’s education.

“I just want to ask one question,” the man declares. “My daughter is getting out of school. I’ve saved all my money. She doesn’t have any student loans.”

“Am I going to get my money back?” he asks of the student loan forgiveness plans she had been touting at the time.

“Of course not,” a seemingly shocked Warren replies.

Voter: “My daughter is getting out of school. I saved all my money. She doesn’t have any student loans.”

Voter: “Am I going to get my money back?”

Warren: “Of course not.” pic.twitter.com/8KPshqeFLi

If that query shocked Warren, what came next from the concerned father had to be devastating.

‘Of course not’ clearly set the man off as he delivered a furious response to the woman who championed student loan handouts long before Biden made it a reality.

“So you’re going to pay for people who didn’t save any money, and those of us who did the right thing get screwed?” he said, raising his voice.

“My buddy had fun, bought a car, went on vacation,” the man continued. “I saved my money. He made more than I did. I worked a double shift working to get extra money.”

Warren continued smiling during the exchange prompting the furious father to accuse her of “laughing at me” with her student loan bailout proposal.

“Yeah, that’s exactly what you’re doing,” the dad fires back as she denies laughing. “We did the right thing and we got screwed.”

The conversation ends with Warren thanking the man for his time before he shoves past her with a dismissive wave of the hand.

Time and again, Sen. Warren demonstrates an utter disregard for the hopes and fears of everyday Americans. Here she casually disrepects this dad who did everything right. Disgusting. https://t.co/Vud7SjR692

Americans Who Have to Pay Others’ Loans Are Furious

A human resources worker in New Jersey explained that “a loan is a loan” and “you have to pay that back.”

“Honestly, it looks like to me — after I did the responsible thing and worked hard to pay it off — that today [with the handout plan], people are getting rewarded for doing the least amount,” she added.

Another New Jersey man said he and his wife “sure were a couple of suckers” for trying to put their kids through college without accumulating a lot of debt.

“Biden’s unconstitutional decision to shift college debt to taxpayers is an outrageous slap in the face to those who met their obligations as well as those who didn’t go to college,” the man said.

Others openly wondered what will happen when people take out future student loans.

You can’t clean up a mess if you don’t stop making the mess.

If you’re getting some or all of your student loans forgiven, I’m happy for you. What I’m not happy about is the fact that they’re going to let this stuff continue. pic.twitter.com/KSXKJyPyiY

Meanwhile, the White House has been refusing to say specifically how the $500 billion student loan handout will be paid for.

Deputy director of the National Economic Council Bharat Ramamurti claims the plan is fully paid for through “deficit reduction” which is akin to the math they previously used to claim a $3.5 trillion spending bill would cost absolutely nothing.

He added, “1.7 trillion more dollars are coming into the Treasury than are going out. And we’re using a portion of that — a very small portion of it — to provide relief to middle-class families, consistent with the president’s plan.”

And, as for that deficit reduction projection, even Politifact points out that it “merits an asterisk.”

Here’s why @PolitiFact ruled her statement Half True. https://t.co/w7J2XWv93w

Fox News reports that a “vast majority of voters” are not even eligible for President Biden’s student loan handout.

White House Doubles Down, Says ‘MAGA Republicans’ Are ‘Taking Away Our Freedoms’