White House Doubles Down, Says ‘MAGA Republicans’ Are ‘Taking Away Our Freedoms’ 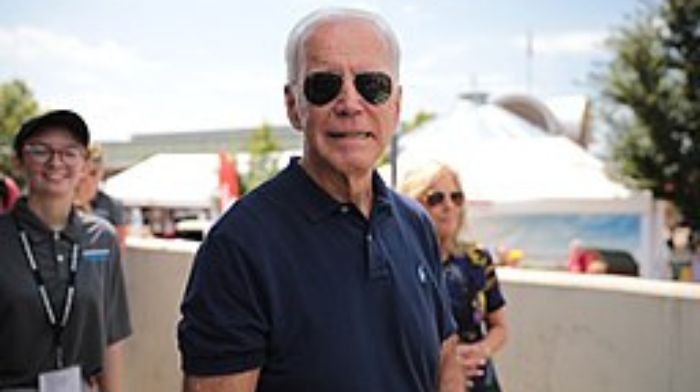 President Biden has come out swinging with some pretty harsh language for what the Democratic Party has dubbed ‘MAGA Republicans’ to capitalize on the bump in approval ratings ahead of the midterms.

The President made headlines at a Maryland event where he claimed “MAGA Republicans” follow what he calls ‘semi-fascism,’ proving that words and definitions don’t matter anymore.

I think the line would’ve hit better had he dubbed it ‘fascism-lite,’ although it’s just as insulting to the 74 million Americans who voted for former President Trump in 2020.

The classical definition of fascism refers to the merger of state power and corporate power.

I’m not sure what semi-fascism means, but I do know what history teaches us about those who use the f-word to label their opponents.

Before we dive into the validity of these comments and the White House’s defense of the President’s remarks, let’s dive deeper into this speech in Maryland. Trust me; it’ll be worth it.

It wasn’t that long ago that Uncle Joe couldn’t bear to let his predecessor’s name escape his lips, yet he doesn’t seem to have an issue with it now. As eluded to earlier, the President made headlines when he said last week:

“What we’re seeing now is either the beginning or the death knell of an extreme MAGA philosophy. It’s not just Trump, it’s the entire philosophy that underpins the – I’m going to say something – it’s like semi-fascism.”

He doesn’t just stop there; the speech has all sorts of beautiful nuggets of ridiculousness scattered throughout. Take this warning, for example:

It would appear Sleepy Joe has gotten a bit of an energy boost or is following a new strategy to mitigate any midterm losses this November. And he’s not the only one who got the memo.

“I was very clear when laying out and defining what MAGA Republicans have done, and you look at the definition of fascism, and you think about what they’re doing in attacking our democracy – that is what that is. It is very clear.”

Is it, though? When the word fascism is evoked, what should materialize in your mind is Benito Mussolini’s Italy and Adolf Hitler’s Germany.

Fascism is characterized by totalitarian social and economic control, a “third way” between communism and capitalism.

Now, the argument the left likes to push is that ‘MAGA Republicans’ are fascists because of January 6th, Governor Ron DeSantis’ parental rights positions in Florida, and those of us who are pro-life, to name a few excuses.

Besides the fact that none of those things are signs of semi-fascism, let alone fascism, it’s pretty ‘pot calling the kettle black’ if you ask me.

It wasn’t that long ago that key Democratic leaders were de-legitimizing the Supreme Court, encouraging violence in the streets during the summer 2020 riots, and claiming that the government knows better than parents when raising their kids.

However, those things aren’t enough to paint all Democrats as would-be-fascists, neo-fascists, fascist-adjacent, full-blown fascists, or semi-fascists. Because definitions matter and hyperbole is the death of clarity.

So Much For Unity

The President’s speech in Maryland had more than just verbal daggers for Republicans. I say Republicans because, make no mistake, when he says ‘MAGA Republicans,’ he’s referring to all of us. He also makes bold pleas to voters based on a dire warning of what could happen if we don’t vote for Democrats in November.

Take his hat tip to the historians he’s been having late-night ‘Socratic dialogues’ with at the White House:

He would know, he’s been around for about 6 or 7 generations. He goes on to explain:

“…will we be a country that moves forward or backward? Will we build a future or obsess over the past? Will we be a nation of unity, of hope, of optimism – not a nation of anger, violence, hatred, and division?”

I don’t know about you, but 2022 is almost over, and I feel like I’m still recovering from 2020. Are we ever going to have an election that isn’t the ‘single most defining election ever’ to determine if we continue to be free or fall into the same realm as Fascist Italy and Nazi Germany?

It’s interesting that Joe brings up our choice to be a nation of unity and optimism. New Hampshire Governor Chris Sununu said of the President’s claims that we are semi-fascists:

“When we allow ourselves to talk in these extremes, we polarize the country.”

He goes on to point out that Biden had claimed he; “…was going to bring everybody together.”

Has Biden done anything in the last two years to build unity?

With unity, we can do great things. pic.twitter.com/BMCgyZkdH1

You Know What I Mean

“I pledge to be a President who seeks not to divide, but to unify. Who doesn’t see red and blue states, but a United States. And who will work with all my heart to win the confidence of the whole people.”

He should’ve put an addendum to this tweet that his pledge is contingent on the election cycle.

We live in a world where definitions of words are fluid, speech can be labeled as literal “violence,” and “experts” are not to be questioned. Yet, as one of my favorite writers, George Orwell, once said:

“The slovenliness of our language makes it easier for us to have foolish thoughts.”

When we play fast a loose with language like fascist, Nazi, racist, etc., we dilute the actual meanings of these words and thus cloud our ability to guard against them. When asked by a reporter what he meant when he called ‘MAGA Republicans’ semi-fascists, the President laughed and said:

“What do you mean by semi-fascism, sir?”

BIDEN, smirking: “You know what I mean.” pic.twitter.com/hMJk2GGVov

VIDEO Flashback: Elizabeth Warren To Dad Who Wants Refund After Paying Off Student Loan – ‘Of Course Not’