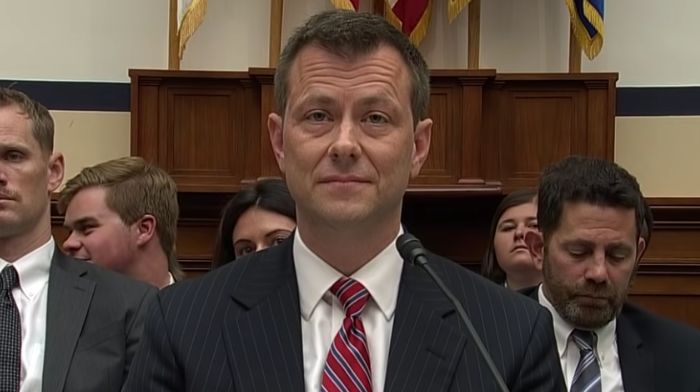 When I was a kid, there was a time when I wanted to be an FBI agent. Between Agent Clarice Starling in Silence of the Lambs and Agent Fox Mulder in “The X-Files,” there didn’t seem to be anything cooler than hunting down bad guys and uncovering government conspiracies.

Growing up, I abandoned my thoughts of becoming an FBI agent. However, I should probably be counting my lucky stars, given their past and present history. Since its inception, the FBI has been well known for corruption, political gameplay, and controversy.

The FBI has evolved from apparent tools of the right-wing establishment mobilized to secure the status quo to where we are today – very different from the establishment of the WWII era. An agency seemingly tipping the scales to steer the course of government.

So in honor of the G-men, let’s look at some of the FBI’s greatest hits leading up to today’s events at Mar-a-Lago.

The Counter Intelligence Program, known as COINTELPRO, was a series of spying and other shady maneuvers between 1956 and 1971. This program was “officially” aimed at five primary social and political protest groups:

The whole goal of these projects was to disrupt the social and political protest movements that were taking place across the country during these years. Within this era, we find some of the more commonly known controversies surrounding two key leaders of the civil rights movement: the Reverend Doctor Martin Luther King Jr. and Malcolm X.

It is alleged that after MLK’s “I Have a Dream” speech, the infamous Director of the FBI, J. Edgar Hoover wrote urgent memos that went out to field offices calling the Reverend the “most dangerous negro in the future of this nation.” Attorney General Robert F. Kennedy shared this mentality and authorized the baseless FBI wiretaps against MLK.

As we all know from these wiretaps, it was discovered that the Reverend, like all of God’s creatures, was a flawed man living outside the bounds of his marriage. In an attempt to capitalize on the embarrassment this news would cause Dr. King, the FBI sent a letter to him that was meant to seem like a loyal follower was trying to convince him to take his own life.

That’s pretty despicable. But let’s also not forget the famous March 1968 memo: Through counter-intelligence it should be possible to
pinpoint potential trouble-makers and neutralize them…”

Terrifying stuff for anyone on the other end of the FBI’s barrel.

But let’s not forget about Malcolm X.

Just last year, two men were exonerated for the assassination of the controversial civil rights leader. The court determined that there were so many inconsistencies, misconduct, and lack of cooperation from the FBI that the men shouldn’t have been convicted in the first place.

Insert Mr. Hoover again. The larger-than-life Director during the rise of Malcolm X wrote to the New York FBI office to “do something about Malcolm X.”

That seems awfully nebulous of an order. But then again, during my time in the military, I used to get incomplete orders like that from my Commanders. However, those orders never resulted in an assassination, as far as I know, that is.

It’s been discovered that some of the witnesses present during Malcolm X’s assassination were federal informants. According to District Attorney Cyrus Vance:

“We now have reports revealing that on orders from Director J. Edgar Hoover himself, the FBI ordered multiple witnesses not to tell police or prosecutors that they were in fact FBI informants.”

To put this into perspective, the assassination of Malcolm X happened in 1965. It wasn’t until last year that Muhammad A. Aziz and Khalil Islam were exonerated. That’s over five decades of injustice.

Government agents have been known to infiltrate activist groups to encourage the worst of their behavior. Search: “COINTELPRO”

The FBI had been a naughty little agency long before meddling in the civil rights movement. With no objections from then-President Franklin Delano Roosevelt, the FBI rifled through the mail of Republican North Dakota Senator Gerald Nye in a failed attempt to find something criminal.

This was all due to the Senator’s critical comments on the munitions industry and how it appeared to be shaping foreign policy. Sound familiar?

Unknowingly a man ahead of his time, Nye was alluding to what President Dwight Eisenhower would dub the military-industrial complex.

Later in 1948, the FBI dipped its toe into Presidential politics, leaking information about President Truman in an attempt to bolster the campaign of Republican candidate Thomas Dewey. Better luck next time, I suppose?

Fast forward to the 2000s, and there is plenty of FBI negligence to enrage the population it is built to protect. First, there was the bizarre death of Ibragim Todashev in 2013 during an FBI interrogation. Mr. Todashev was a known associate of Tamerlan Tsarnaev, the mastermind of the Boston Marathon bombing.

Perhaps the grossest negligence is the botched and just plain lack of investigation into the sexual molestation charges against Olympics gymnastics doctor Larry Nassar. These allegations first came up in 2015 and blew up in the FBI’s face last year when members of the community, including Simone Biles, testified.

Then there are the mass shootings that the FBI had numerous opportunities to thwart. As a result, young lives were lost that could’ve been saved if appropriate action had been taken, as seen in the 2018 Parkland shooting at Marjory Stoneman Douglas High School.

While I always enjoy history, it’s good to return to the present day, and there is plenty to peel back on the FBI’s dark onion today. Recently it has been discovered in conjunction with the U.S. Immigration and Customs Enforcement agency; the FBI has been using state driver’s license databases to utilize facial recognition.

The part about this that should bother us is that none of us agreed to this activity.

Now, if you think this is just something that happens in rare cases, think again. According to Jake Laperruque, senior counsel at the watchdog group Project on Government Oversight:

“It’s really a surveillance-first, ask-permission-later system. People think this is something coming way off in the future, but these [facial-recognition] searches are happening very frequently today. The FBI alone does 4,000 searches every month, and a lot of them go through state DMVs.”

I’m telling you, we are maybe like five years away from Minority Report reality.

Former FBI Director James Comey claimed in 2015 that he kept a letter on his desk as a reminder. The letter was from Attorney General Kennedy to FBI Director Hoover that approved the MLK wiretaps to:

“…ensure that we remember our mistakes, and that we learn from them.”

One of his reports highlighted how investigators allowed federal employees with less than stellar polygraph results to keep their top-secret clearances for months to years. This, as the IG put it, posed “potential risks to U.S. national security.”

Recent whistleblowers have rooted out former assistant special agent Timothy Thibault, who is under fire for allegedly suppressing information about the famous and rather disgusting Hunter Biden laptop. According to Wisconsin Senator Ron Johnson, whistleblowers claimed that FBI officials told agents not to investigate the laptop before the presidential election, saying the Bureau was “not going to change the outcome of the election again.”

And that leads us to where we are today; the raid was watched worldwide. Iowa Senator Chuck Grassley said after the raid:

“If the FBI doesn’t start rooting out the political bias that has infected their most sensitive investigations Americans will no longer trust them.”

Luckily for any members of the FBI who might lose their jobs over misconduct, there is always a home for them in mainstream media. For example, CNN and MSNBC have used ex-FBI official Peter Strzok to defend the Mar-a-Lago raid.

This is the same man fired in 2018 when texts were found between him and his lover Lisa Page vowing to ensure President Trump wasn’t elected.

But don’t worry. Mr. Strzok says on these panels:

“Absolutely the American public should trust what the FBI is doing. It’s not that the FBI is targeting any one side or the other. What you see is the FBI going out on a day-in, day-out basis objectively investigating allegations of law.”

Gee…why on earth would we think any differently? Current FBI Director Christopher Wray had said his first priority as Director is to “try to bring a sense of calm and stability back to the Bureau.”

How’s that going for you, Chris? They just don’t make agents how they used to anymore; what I’d give for an Agent Dale Cooper and Agent Dana Scully type.

In honour of #TwinPeaks30 I’m posting a gif or meme of Special Agent Dale Cooper every day this week. Today, Coop sums up how I’m feeling after a bad night’s sleep pic.twitter.com/veJ460km1M